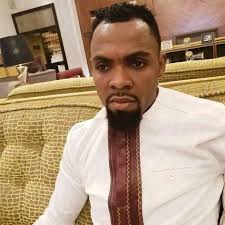 According to myghanacelebritynews.blogspot.com site, the man of God stated categorically there’s no pastor in this world who can convince him that he was “called by God” since no pastor can provide any proof for this cliché. He therefore said no pastor has the right to call the others fake because they are all fake and not called by God. He illustrated his wild statement by using the swearing in of the president of a country

He explained that in Ghana, it is the Chief Justice that swears in a new president and also the electoral commission that declares the result of election which means there are witnesses.“Shut up there, who gave you the right to call another pastor fake? We are all one because God has not called any of us.

He also said during the sermon that judgment day awaits all pastors, and this is going to be dangerous since no one knows when and where it is going to start from, whether the “Jubilee House or Flagstaff House.”

All galamsey equipment to be destroyed on-site — Minister

Unlike previous attempts to flush out illegal miners from Ghana’s water bodies and forest reserves, the government has announced that...

Zambia’s footballer Kabaso Chongo is nursing head injuries after his TP Mazembe side were attacked by rival supporters in the...