Even though Ashanti is not the worst region in the country, when it comes to open defecation, the practice in the region is a source of worry to many people.

He said research has revealed that about five percent of the population in the region engage in open defecation, 39 percent rely on public toilets while about 56 percent have some form of decent toilet facilities.

Mr. Awantungo said defecating openly is not a Ghanaian culture therefore the practice should not be allowed to continue.

In line with this, he stated that the local assemblies are working with the chiefs to achieve the Open Defecation Free target in their communities.

Mr. Awantungo commended M-CODe for the decision to establish a branch in the region to help in advocacy and education on open defecation.

He added that urbanisation and population growth have worsened open defecation across the Ashanti region.

He observed that the local assemblies’ performance on the district league table on Open Defecation Free in the Ashanti region has not been encouraging, saying the region in the past has not done much in the fight against open defecation, hence the present state of affairs.

Mr. Donkor however revealed that new programmes and strategies have been put in place now to help end the practice.

He said institutional capacities are being strengthened to help improve on sanitation across the region.

Mr. Donkor thanked the media houses for coming together to form the coalition to fight open defecation.

The WASH (Water, Sanitation and Hygiene) Technical Coordinator, World Vision Ghana, Yaw Attah Arhin said open defecation is one of the greatest threat to human existence saying the practice has consequences for production and socio-economic development.

He stated that a study by UNICEF and partners has revealed that about 22 percent of the Ghanaian population, representing 6.5 million people defecate openly every day in Ghana.

He said government needs to act decisively to address the situation, noting that, progress on the fight against open defecation has been very slow.

This, he noted, undermines efforts at providing holistic education.

World Vision Ghana, WASH Technical Coordinator, who was instrumental in the formation of M-CODe commended the media houses for joining the Coalition and hoped their work in the region will help end the practice, stating that the work of the media is a mission to save life.

Mr. Arhin pledged World Vision’s support to the coalition while urging the Ministry of Water and Sanitation and other stakeholders to support the work of the Coalition.

The National Convener, M-CODe, Emmanuel Addai took the new members through the history, structure, vision and campaign activities of the Coalition.

He said M-CODe’s main objectives are to build capacity of media persons on open defecation, empower them to engage in advocacy and public sensitisation while challenging relevant state and private authorities to effectively play their roles towards the elimination of open defecation across the country. 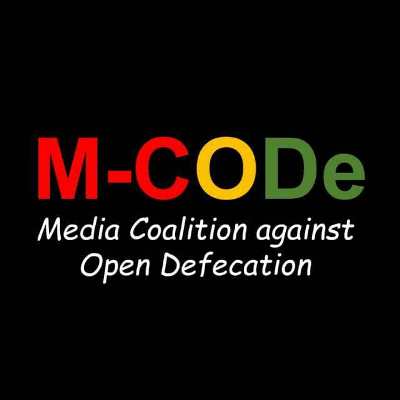 The coalition which was originally based in Greater Accra, now has branches in Northen, Volta and Ashanti regions. Plans are underway to extend the campaign to other regions.

Mr. Addai appealed to corporate and donor agencies to support the work of the M-CODe to help fight open defecation across the country through public education and advocacy.

For the past days now social media has been storming  on a campaign #fixTheCountry, Ghanaians online have taken the Akufo-Addo-...

Uber has announced that it will no longer charge trip cancellation fees. On Saturday, May 8, 2021, the company sent...

Teenage pregnancy is on the increase in the Ashanti Region. According to statistics, 17,000 cases were...