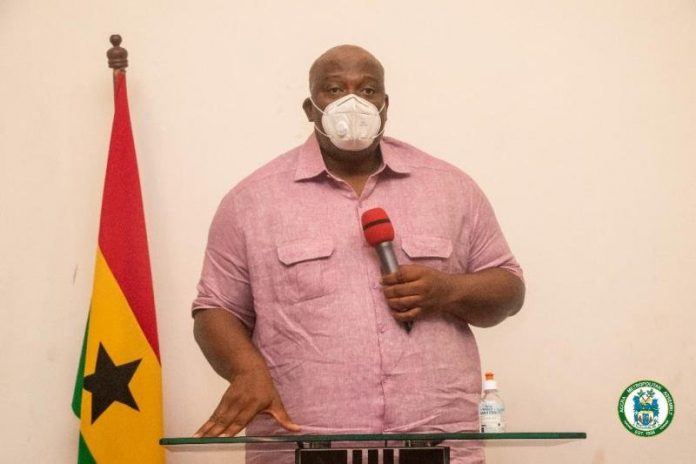 The Greater Accra Regional Minister, Mr Henry Quartey, has directed transport union executives in the region to help move commercial drivers to their designated terminals to allow free-flow of vehicular and human traffic or risk sanctions.

Speaking at a stakeholder engagement with the union executives in Accra, the Minister gave a two-week ultimatum to the commercial drivers to adhere to the directive, while bemoaning the increasingly alarming indiscipline acts of drivers.
According to him, the indiscipline acts of the drivers caused a lot of traffic in the city, which in most cases prevented the timely arrival of ambulances in hospitals at the peril of valuable human lives.
Mr Quartey said commercial vehicles must load from the terminals and not under flyovers, overheads and bus stops to ease vehicular traffic.
“What we are going to do is to decongest Accra of vehicles on the streets. I know you all have trotro stations. We need your help and support. We did a little project at Madina Zongo Junction and everyone is happy about it. The road is free now,” he said.
The Regional Minister said a court order would be secured to seize vehicles of drivers who were caught indulging in all forms of vehicular infractions that induced traffic and cautioned that offenders who would fail to pay the fine that would be imposed on them would have their vehicles auctioned.
“We will auction your vehicle when you don’t pay and I mean it so let us all help solve this problem with the support from the Accra Metropolitan Assembly and other sister assemblies in the region. Please help us by doing the right thing,” Mr Quartey said.
He said the city authorities will not tolerate any interference from any “big man” anytime an indiscipline driver was apprehended, adding that; “I expect you all to talk to your people. Nobody should place a call when you are caught disobeying the laws because the calls will not work.”
The Accra Metropolitan Chief Executive, Mr Mohammed Adjei Sowah,  expressed happiness for the move by the Regional Minister to engage the executives of the transport unions to help address the indiscipline by drivers on the roads.
“I am happy about this engagement with the leadership of the drivers’ unions and I will ensure that the directives by the Minister are adhered to, to resolve the issue of indiscipline on the roads once and for all,” he said.
Mr Sowah said the Regional Minister’s agenda was that “Accra Must Work” and to do that “We need the cooperation of all stakeholders to achieve that.
During an opened forum, some executives of the Ghana Private Roads Transport Union (GPRTU) and the Progressive Transport Owners’ Association (PROTOA) who operate in the Greater Accra Region appealed to the city authorities to deal drastically with drivers who flout the law without fear or favour so that the aims and the objectives of the exercise were achieved.

They said by this the city of Accra would be safe for residents and promised the Minister of their cooperation and support.