Khloe Kardashian: Pressure and ridicule over image ‘too much to bear’

Khloe Kardashian: Pressure and ridicule over image ‘too much to bear’

Khloe Kardashian has said she tried to get an unfiltered photo removed from social media because she feels “almost unbearable” pressure to meet the “impossible standards” set by fans.

The reality TV star and influencer wrote on Instagram: “In truth, the pressure, constant ridicule and judgment my entire life to be perfect and to meet others’ standards of how I should look has been too much to bear.”

Her revealing statement follows an attempt to take down an image of her in a bikini that was posted “by mistake”.

The new post, which was accompanied by “unretouched and unfiltered” videos of herself, said the original picture was “beautiful”.

“But as someone who has struggled with body image her whole life, when someone takes a photo of you that isn’t flattering, in bad lighting or doesn’t capture your body the way it is after working so hard to get it to this point – and then shares it to the world – you should have every right to ask for it not to be shared – regardless of who you are,” she wrote.

The 36-year-old, who shot to fame in 2007 with her family on the reality TV show Keeping Up With the Kardashians, quoted comments she has received calling her “the fat sister”, “the ugly sister” and saying “her dad must not be her real dad because she looks so different”. 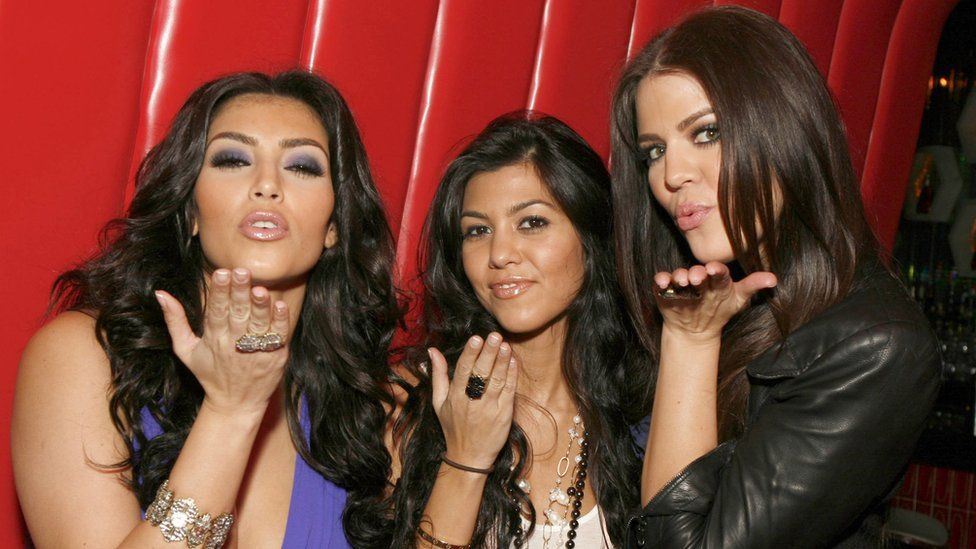 She said she was “not asking for sympathy” but “to be acknowledged for being human”.

“I’m not going to lie. It’s almost unbearable trying to live up to the impossible standards that the public have all set for me,” she continued.

“For over a decade now in photos, every single flaw and imperfection has been micro-analysed and made fun of to the smallest detail and I am reminded of them every day by the world…
“You never quite get used to being judged and pulled apart and told how unattractive one is, but I will say, if you hear anything enough then you start to believe it.
“This is an example of how I have been conditioned to feel, that I am not beautiful enough just being me.

“I love a good filter, good lighting and an edit here and there.” They are the same as putting on make-up, getting her nails done or wearing a pair of heels “to present myself to the world the way I want to be seen”, she explained.

Earlier this week, she attracted attention when her team said websites carrying the bikini photo were infringing copyright, and that the image had originally been posted “without permission by mistake by an assistant”.
According to Twitter, the photo is subject to a Digital Millennium Copyright Act (DMCA) takedown notice.
“Per our copyright policy, we respond to valid copyright complaints sent to us by a copyright owner or their authorised representatives,” a Twitter spokeswoman told BBC News on Wednesday.
Some users who reposted it found the picture had been replaced by a message saying: “This image has been removed in response to a report from the copyright holder.”
It also disappeared from Reddit, with a message saying it was “removed in response to a copyright claim by a third party”.

But Kardashian’s efforts to have it removed also spurred others to repost it.

About 132 dolphins washed ashore in hands of residents

About 132 dolphins washed ashore in hands of residents