Share on FacebookShare on Twitter
Join Our Facebook Group
The President, Nana Addo Dankwa Akufo-Addo is hopeful that the outcome of the ongoing national consultative forum on mining will produce a responsible and environmentally friendly solution to small scale mining in the country.
Join Our Telegram Group

“Out of this maiden consultative dialogue, I hope we will build a national consensus around a national policy on small scale mining, that promotes a responsible, viable, environmentally sustainable small-scale mining industry, which has discarded the use of mercury, chanfans and excavators, which has barred the involvement of foreign nationals, and which has rejected the destruction of our forests, environment and water bodies,” he said. 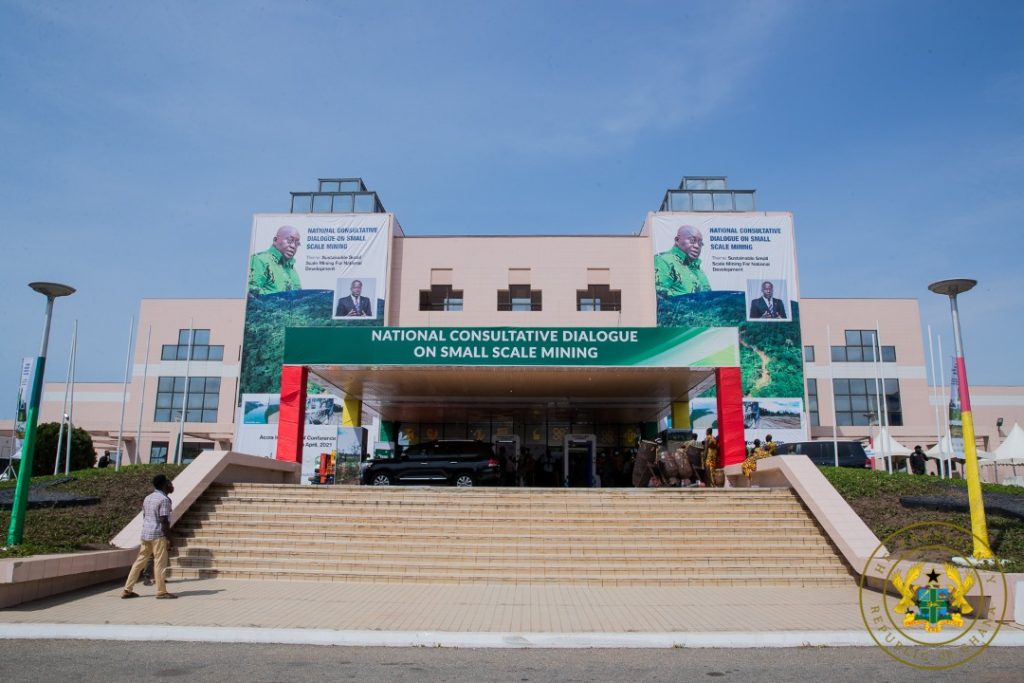 Nana Akufo-Addo uttered those words on Wednesday, 14th April 2021, at the Consultative Dialogue on Small-Scale Mining, organized by the Ministry of Lands and Natural Resources.

Speaking at the forum, President Akufo-Addo noted that certain occurrences, especially in the run-up to the election of 7th December last, inspired his insistence on the whole nation having a national conversation on galamsey.

According to President Akufo-Addo, it is time Ghanaians acknowledged that “Ghana is not made up of only the humans, but is also made up of the soil, the mountains and valleys, the forests, the rivers, the lakes, the seas, and the plant and animal life as well. Without them, we, humans, cannot, and will not, survive; and so they also need nurturing.” 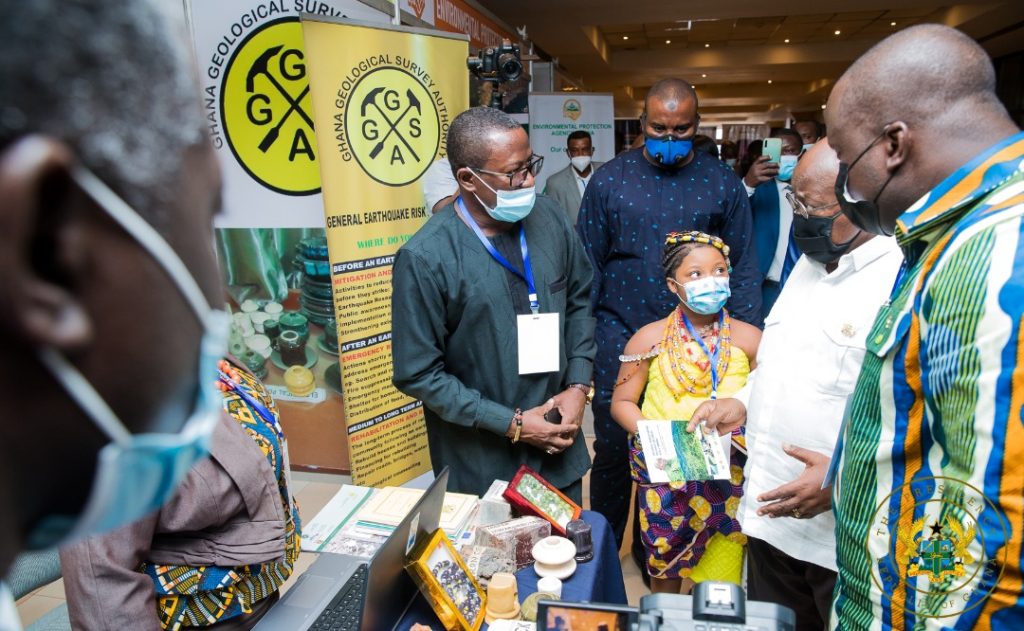 Whilst stressing that there is nothing wrong with mining, or trying to exploit the country’s minerals, he explained that mining becomes problematic and dangerous, when methods employed pose a danger to the land, the water bodies, and the very lives of the people.

“Mining becomes a danger to the society when, after extracting the gold, diamond, or other stones and minerals, the land is left degraded and poisoned with toxic materials, the water bodies are turned into entities that can no longer support life, and plants and fish cannot survive in our rivers,” he added.

President Akufo-Addo continued, “We have had beautiful and majestic rivers and streams. Today, there is not much to celebrate about the Pra or the Birim, and there is not much to be excited about over our famed thick forests and the animals that inhabit them. Unacceptable mining and logging practices have laid them to waste.”

The holding of the national conversation on galamsey, he explained, is crucial because “we cannot have one part of the political divide campaigning for galamsey in the bush, and the other waging an official fight against galamsey in the open.” 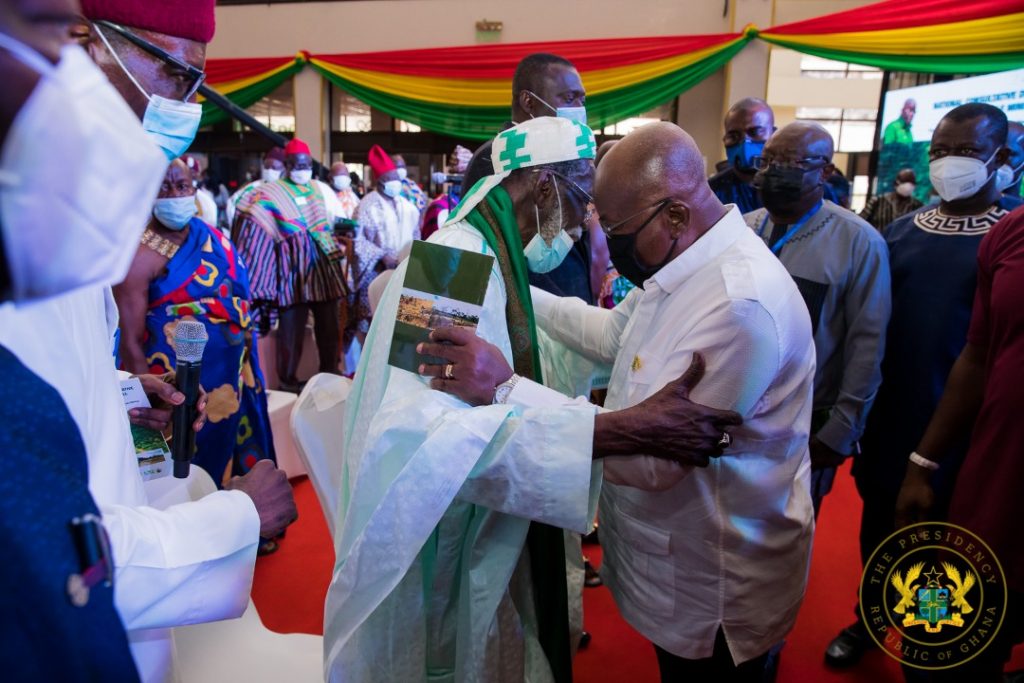 He, thus, appealed for the deliberations at the 2-day consultative dialogue to be devoid of partisanship or narrow parochial interests, adding that “we should be able to build a broad-based national consensus around the necessity to stamp out the menace of illegal small-scale mining, and the need to support and grow responsible small-scale mining.”

“I am determined to enforce the laws on illegal mining no matter the subject, high or low. I will, however, not act on the basis of hearsay or mere allegations without more. I will not hesitate to act, though, where the evidence is hard before the Police, and I will do so irrespective of the standing of the person or persons involved. That is the true meaning of equality before the law,” President Akufo-Addo added. 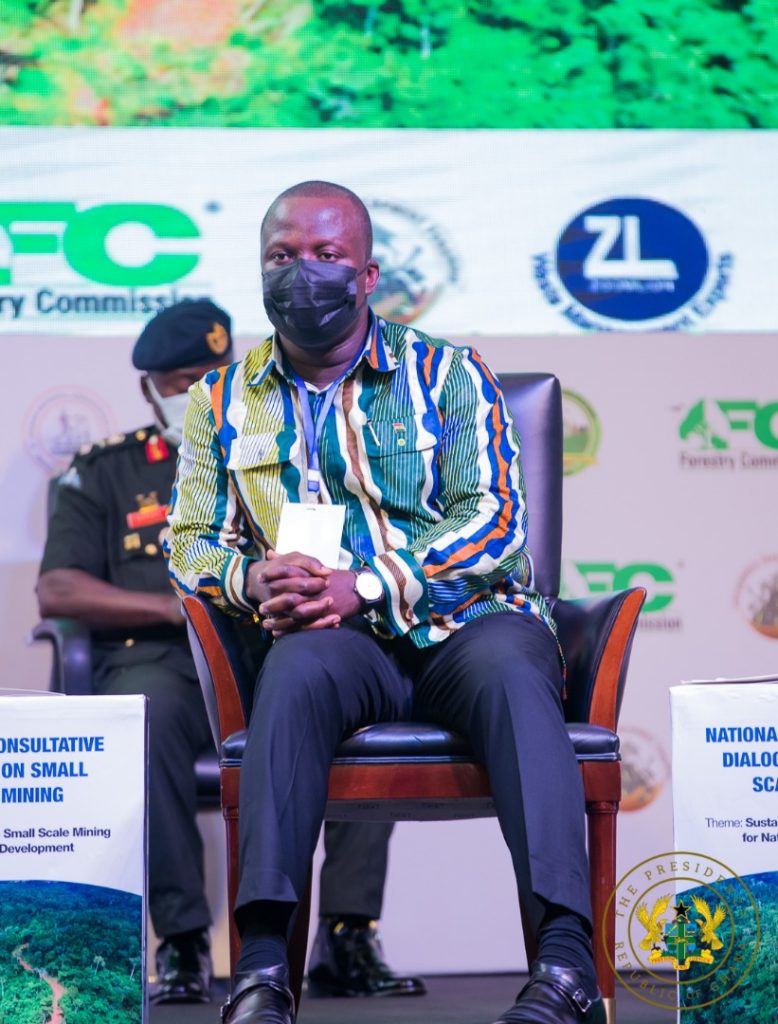 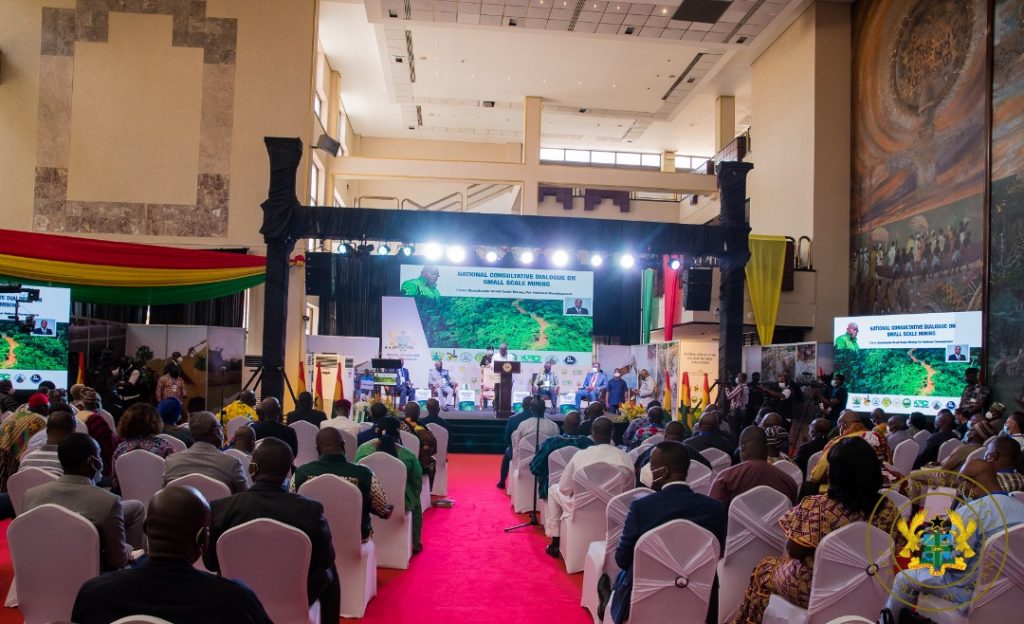 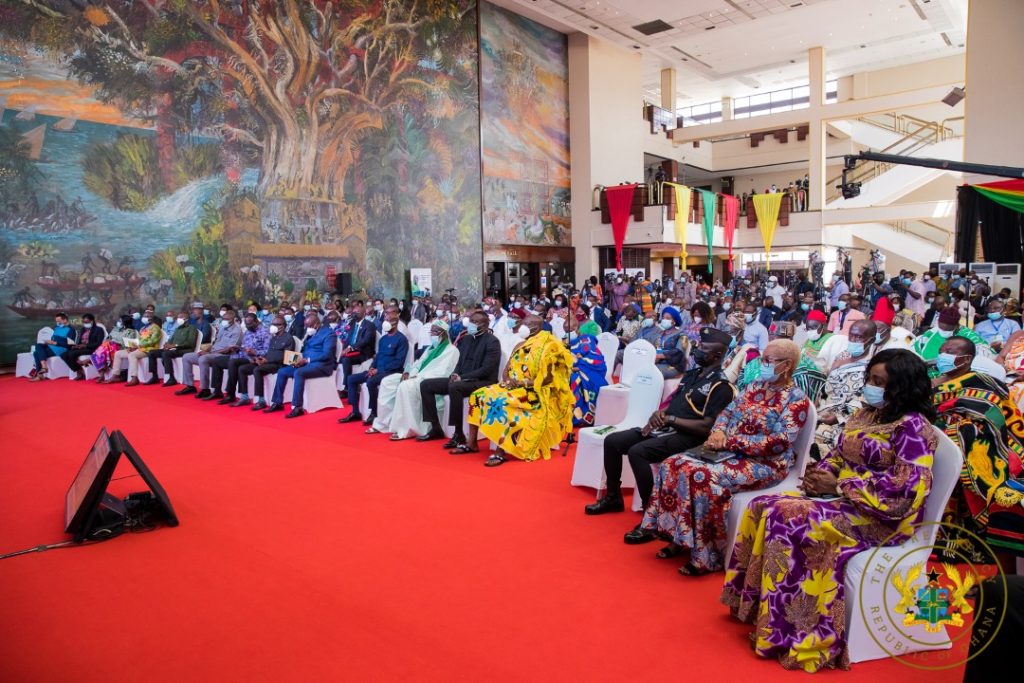